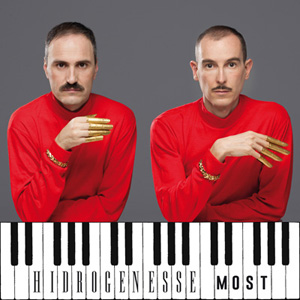 The album includes our cover of "Eso es el amor".

Video shot in Valparaíso (Chile) during our concert at La Finca.

YOU CAN BUY OUR RECORDS HERE.
CDs, vinyls, bags, prints... 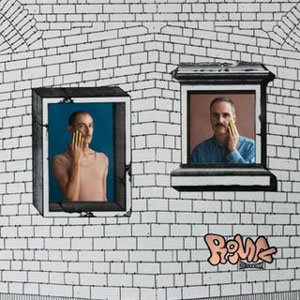 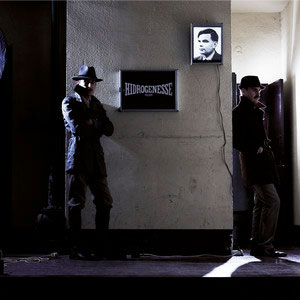 'Hidrogenesse versus The Hidden Cameras' (2010) Mini-album 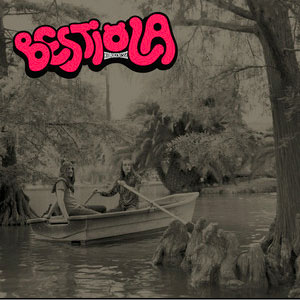 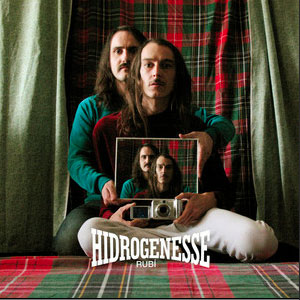 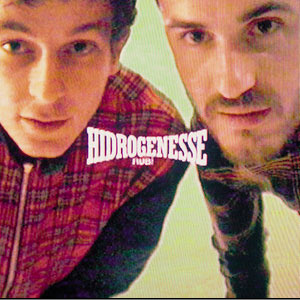 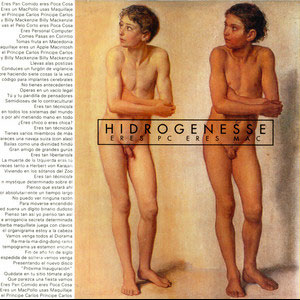 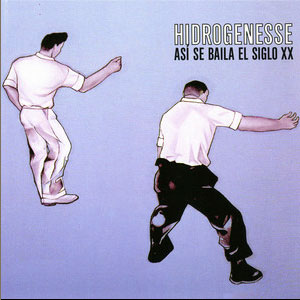 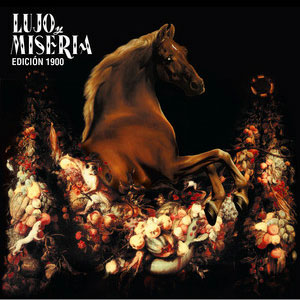 HIDROGENESSE is an electronic duo formed by Carlos Ballesteros and Genís Segarra in Barcelona in the late 1990s as a conceptual pop act. From their early steps since today they have done synth-pop, ceremony ballads, kraut- and glitter rock, 90's dance-music, french musique and fake rock'n'roll.

"Roma" is their latest album, released in january 2015. It has been received with very positive reviews and presented live all over Spain and in South America. Also this year a compilation of their career called "Most" has been released in Argentina, to celebrate their first South-American tour.

As founding members of Austrohúngaro collective, they have organized parties and created their own record label. After debuting in the 1998 compilation "Lujo y Miseria" ("Luxury and Misery") Hidrogenesse released their first single in 2000, "Así se baila el Siglo XX"' (some kind of "Do to the 20th Century" dance routine). It was chosen one of the best songs of the year by trending and music magazines.

Between 2000 and 2010 they released one EP and three albums with successful songs like "Disfraz de tigre" ("Tiger costume"), "No hay nada más triste que lo tuyo" ("There is no thing as sad as your life") and "Vuelve conmigo a Italia" ("Come back to Italy with me"). They toured Spain several times, did all major festivals in Spain (Benicassim FIB, Summercase, Sónar). They also played abroad: in Göteborg (Sweden), in London (UK), in New York, Chicago and L.A. (US) and in Mexico City, Tijuana and Monterrey (Mexico).

During 2011 the band participated in a big art exhibition 'Genius loci' at the Fundació Joan Miró in Barcelona. They created "Moix", a song and an installation based on excerpts from a book by spanish writer Terenci Moix.

In 2012 Hidrogenesse released a tribute album to english mathematician Alan Turing (1912-1954), to celebrate The Alan Turing Year. "Un dígito binario dudoso" ("A doubtful bit"), is a recital that debuted in their opening shows for the 2012 Magnetic Fields Spanish Tour. The album had great critic and public acclaim. It was chosen Best Spanish Album of 2012 by music magazine Rockdelux, and Best Electronic Album of the Year by the Spanish Independent Record Labels Union. Its eight songs are about Turing's life and work. The first song "El beso" ("The Kiss") says: "this song is a kiss to wake Alan Turing up" and then it goes on about teen tragedies, computer love, contradictions between public and secret affairs, and ends with the history of the world as told by our computers. This album was presented live all over Spain, and also in Mexico.

HIDROGENESSE - IN THEIR OWN WORDS:

We are Carlos and Genís, and we have been together since 1997. We have released five albums and several singles, including "Do the 20th Century", "Tiger Disguise", "There's nothing as sad as your life", "Schloss", "CAPTCHA Cha Cha", "Dumb and Dumber", or "Mud Man".

Our live performances consist of the two of us, our synths, mini guitar sometimes, and a sequencer. We have played all over Spain, in all kind of venues and in big festivals like Primavera Sound, Summercase, Benicassim FIB, SOS48, etc. We have played in the New York, London, Göteborg, Los Angeles, Chicago, Tijuana, Monterrey, Mexico City, Buenos Aires, Córdoba (Argentina), Santiago de Chile, Valparaiso and Lima. 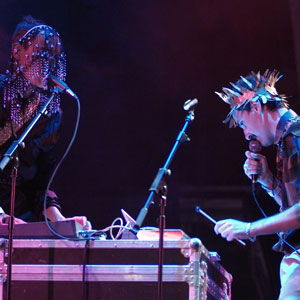 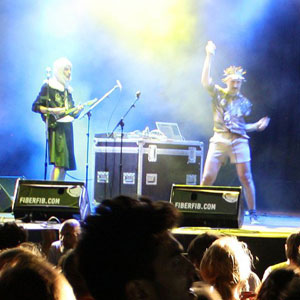 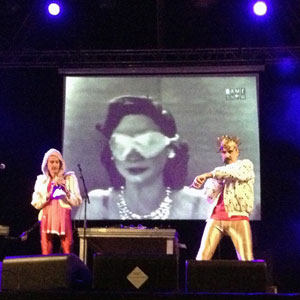 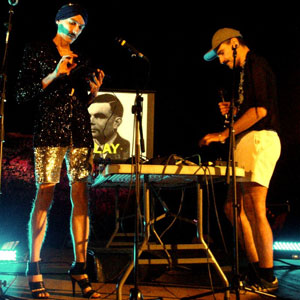 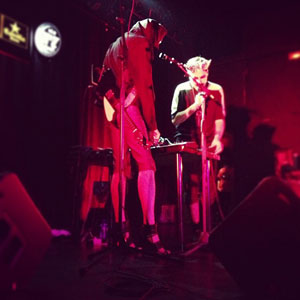 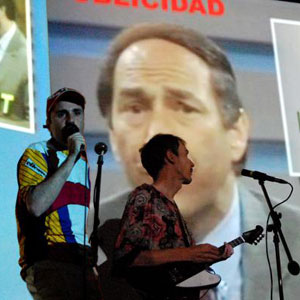 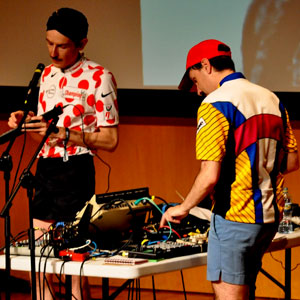 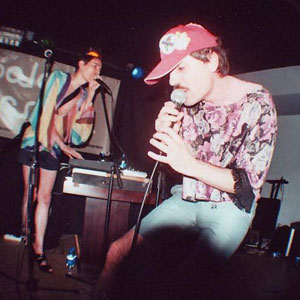 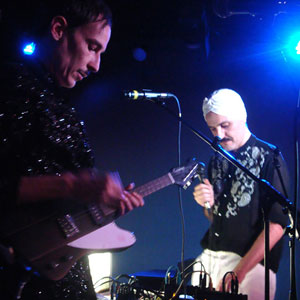 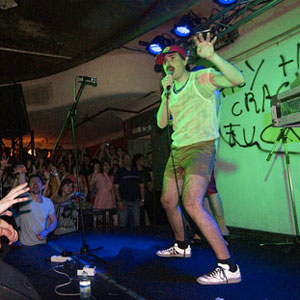 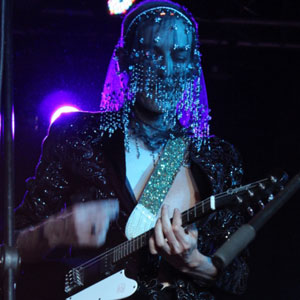 Our last album is called "Roma" and features songs about storms, couples, Elizabeth Taylor, The Mummy or the 19th century.

This year a compilation of our career has been released in Argentina. It is called "Most" and features our most popular songs and some rarities, like this song for a Oxfam campaign:

Our 2012 album is "Un dígito binario dudoso (A doubtful bit)" was "a recital for Alan Turing". It was released in may 2012 (Turing Centennial). It was picked up as Best Spanish Album of The Year by spanish magazine "Rockdelux", and won the Spanish Independent Music Awards as Best Electronic Album. It's a concept album about Alan Turing's life and work, including songs about Enigma machines, love letters written by computers, a song that pretends to be the kiss to wake him up, and of course CAPTCHAs.

After the Turing project, we also made music for Tod Browning's movie "The Unknown" in a Sci-Fi Film Festival, and released a 7" single as Duo Tata, a fake french band who parodies Gainsbourg songs.

In our 7" single called "El artista" (released in Mexico by Vale Vergas), we have recorded covers of two french songs: "Hôtel" by Francis Poulenc and "Dieu fumeur de havanes", a duet by Serge Gainsbourg and Catherine Deneuve. This is a soundcloud with the complete single, (three songs):

Some videos to illustrate our music, aesthetics, and live performances:

Video for the song "El hombre de barro" (The Mud Man) from our last album "Roma", directed by Los Ganglios:

Video for the song "Christopher" (with english subtitles), where a teenager Alan Turing moans the death of his best friend and tries to bring him back to life with mathematical formulas. He succeeds and Christopher appears to calm Alan's pain:

Video for our last single "El artista (The artist)", where "the artist" asks for a million euros to stop making art:

Video from a live performance that was televised, playing "(Don't you tell me) there's no thing as sad as your life":

Video from a live performance in a little summer festival, playing a cover of Feria (spanish all-girl cult band):

Video from a New Year's Eve TV show, playing a cover of a local 1900 cabaret song (accompained by the actors of a sitcom) :